THE ISSUE OF DALAI LAMA’S SUCCESSOR

Everyone acknowledges that one of the essential proof of Mongolia’s security is to have friendly relationship with two neighbor states. Meanwhile this is not to deny the independent states’ status on some issues. As we think from this side there are some issues might blemish our relations with those countries and furthermore it can be a factor to affect our national security. Relations with Taiwan, Shanghai Cooperation organization, and Tibet especially Dalai Lama are concerning to People’s Republic of China. Hereby I tried to consider the research of Dalai Lama’s connection to our security

Dalai Lama as a leader of religion and politician

Buddhist throughout the world and even though his every single day was like a nightmare since he immigrated to India, he could have attracted world attention to Tibetan Buddhism because of his reputation. Therefore 14th Dalai Lama is considered intellectual mentor of Buddhists in Mongolia, Bhutan, Nepal, Russian Buryat, Tuva and Kalmyk where Mahayana is dominant religion. END_OF_DOCUMENT_TOKEN_TO_BE_REPLACED

The term “third neighbor” was coined by then-Secretary of State James A. Baker when, in an August 1990 address to the Mongolian nation, he referred to the United States as Mongolia’s third neighbor (in addition to geographical neighbors China and 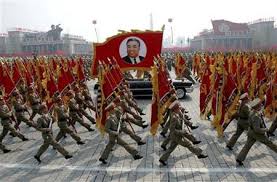 the Soviet Union). A rhetorical gesture to support the nation’s first move toward democracy (Mongolia had held the first free elections in the Soviet bloc east of Europe in July of that year), it meant more to Mongolians than to any American present at the speech. The idea, possibly quickly forgotten in Washington, was immediately picked up by the Mongolian elite.