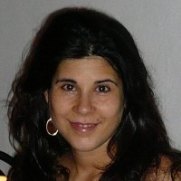 By Kawasaki Akira and Celine Nahory

This article was originally published in English and Korean in the Korea National Strategy Institute on December 15, 2014 and OhMyNews.com on December 17, 2014. It is updated as of July 8, 2015.

Today, East Asia stands at the crossroads, not least due to Prime Minister Abe Shinzo’s efforts to accelerate the long-pursued attempts by the Liberal Democratic Party to change Japan’s peace constitution – and more specifically, its Article 9 that renounces war and prohibits maintenance of war potential.

On July 1st, 2014, Japan’s Cabinet passed a decision that fundamentally departs from the government’s long-standing interpretation of Article 9 to allow exercise of the right of collective self-defense and significantly slacken Japan’s restraints on the use of force overseas. A set of security bills codifying the decision is now being debated in the Japanese Diet. The latest of a long series of measures that overstep Article 9 and some of the country’s longstanding peace policies, the decision and security legislation are being justified in the name of a new doctrine of “proactive pacifism” that seeks to extend Japan’s military role regionally and internationally.

The decision on collective self-defense, and more generally the new doctrine of proactive pacifism, are raising concerns among the Japanese public. They are also adding oil to the fire of relations between Japan and its neighbors, already tense over territorial disputes and history recognition issues. Despite Abe’s pledge that Japan will continue to be a “peaceful country”, the move raises alarms in China and Korea, which see it as a worrying shift in the country’s defense policy, thus also raising questions on Japan’s intentions.

Indeed, Tokyo’s military buildup cannot be taken apart from the recrudescence of Japanese nationalism combined with historical revisionism, as epitomized by the long series of inflammatory comments and provocative actions by top officials in Prime Minister Abe’s administration.

Abe has made no secret of his long-held aim to “break away from the postwar regime.” The composition of his Cabinet reflects this agenda, with many of its members belonging to the Japan Conference (Nippon Kaigi), the largest right-wing organization in Japan. But the fact that a sizable majority of Japanese voters oppose reinterpreting Article 9 to authorize the use of collective self-defense, and that support for Abe’s government has come from his economic agenda more than from his foreign and security policy, cannot be overlooked. Although the Cabinet decision certainly stems partly from Abe’s right-wing nationalist agenda, it does not fully explain it.

The Cabinet decision and currently deliberated security legislation must also be understood in the context of the security cooperation between Japan and the US that has gradually and consistently expanded since the 1990s.

In April 2015, the two countries formally revised their cooperation guidelines for the first time in 18 years, in order to eliminate restrictions on deployment and the use of military forces, and expand the scope of SDF operations.

Indeed, Washington has long prodded Tokyo to become a “full partner” in the alliance and play a greater role in the US “Pivot to Asia,” reprobating Japan’s self-imposed ban on collective self-defense as “an impediment to the alliance” – and more generally Article 9’s restrictions as “anachronistic constraints” that should “be eased.” Japan’s decision on collective self-defense thus comes as a direct response to US demands, and the new set of bills as a requirement to put the new guidelines into effect.

Washington naturally welcomed the cabinet decision as “an important step” towards “mak[ing] a greater contribution to regional and global peace and security.“ Echoing this statement, Abe has repeatedly claimed that “the reinforced Japan-U.S. alliance has contributed significantly to the peace of Japan and this region over many years, by serving as a deterrent.” Yet, the reality is in fact quite the opposite, as shown by regional reactions to the decision.

Such a climate of increasing mistrust is thus raising questions about Japan’s current strategy pursued in the name of proactive pacifism, which threatens to destabilize the fragile peace in East Asia. Tensions between Japan, China, and the Koreas over territorial disputes, historical issues, and nuclear weapons programs are already severe enough; using them to justify Abe’s US-driven military approach will only make it worse.

Although, as a matter of fact, there hasn’t been any armed conflict among countries in the region, Japan’s mutually reinforcing trends of nationalism and militarism are nonetheless justifying similar dynamics in the region, triggering an arms-race and threatening a dangerous escalation that could lead to an actual military confrontation.

While global military spending has tended to decrease in recent years, including in the US, territorial disputes and regional tensions in East Asia have driven a significant rise in defense expenditures in the region, and led Japan to reverse its 10-year decline in military spending. In 2014, China ranked second top military spender, with Japan 9th and South Korea 10th.

Need for a new approach
It is a matter of urgency to find ways to diffuse tensions and avoid the development of an uncontrollable situation in East Asia.

Recent brief encounters between Abe and his Chinese and Korean counterparts, though symbolic more than substantial, offer some encouragement regarding the resumption of dialogue. But improving regional relations will require building confidence, which is direly lacking in this region still trapped in Cold War structures.

Forming a new regional security arrangement will require new dynamics – by East Asia, for East Asia – towards establishing a regional peace, human security and cooperation framework, which is disentangled from the current US-led military-dependent security approach. Any such mechanism will necessitate sincere, coordinated efforts towards reconciliation. In this regard, East Asia has much to learn from Europe’s post-war experience. The Japanese government must recognize that it can no longer evade responsibility for its wartime actions and should instead take the lead in addressing history issues, including refraining from honoring war criminals and taking concrete steps to restore honor to the victims.

To date, initiatives including former Japanese Prime Minister Hatayama Yukio’s vision for an East Asian community and Chinese President Xi Jinping’s “Asia-Pacific dream” have failed to garner traction, for they were seen as attempts by one another to demonstrate diplomatic leadership amidst regional rivalry. In order to succeed, any effort towards multilateral institution-building will need to be pursued in an inclusive, consultative manner and expand on existing frameworks, including the Six-Party Talks on the Korean Peninsula nuclear issue.

Article 9 as a regional peace mechanism
In this process, it is important to recognize the crucial role Article 9 of Japan’s Constitution has played as a foundation for peace and stability in East Asia, as attested by the international attention received for its nomination for this year’s Nobel Peace Prize.

Civil society has long acknowledged the value of Article 9, as well as the important role it can play in addressing the root causes of the current tensions and fostering dialogue in the region. Several regional initiatives, such as the Global Partnership for the Prevention of Armed Conflict (GPPAC) – Northeast Asia, the Northeast Asia Regional Peacebuilding Institute (NARPI) and Peace and Green Boat, attest of the positive impact the principles enshrined in Article 9 have had in developing confidence-building measures and building bridges towards a common human security framework.

As the world is preparing to commemorate the 70th anniversary of the end of World War II, East Asian nations must develop a shared vision for a common future. Now is time for them to decide whether they will continue with the regional blame game that has kept them hostages of the vicious circles of nationalism and militarism – which squander limited resources on fueling an arms-race and threaten to draw East Asia into regional, if not global conflict – or whether they will choose the path of peace and reconciliation.

Article 9 can work as a regional mechanism for peace that promotes reconciliation, conflict prevention, disarmament, non-military solution to disputes, and cooperation towards the establishment of mechanisms for peace and stability in Northeast Asia. Only then will it be possible to (re-)claim a real policy of “proactive pacifism”, which is reconciled with the very peace principles enshrined in Japan’s constitution.